Is There Scientific Evidence for the Exodus?

The different milestones in world history that have shaped the foundations of human civilization also hold promising cultural significance. One such event which has been mired in the cloud of speculations for quite a long time is the Exodus. Many people have debated for and against Exodus evidence, with some suggesting that it was an actual event and others implying the association of scientific underpinnings. It is quite difficult to arrive at a specific conclusion regarding one of the prominent religious events in history.

There are many concerns about the story that comes with the Exodus evidence. In some cases, people look out for geographical inaccuracies and the ways in which science could explain certain events, such as the parting of the sea. However the story of the Exodus has continued to be a mystery.

Most important of all, people want to know whether it has something to do with fact, or if it is just another myth passed down from our ancestors over generations. 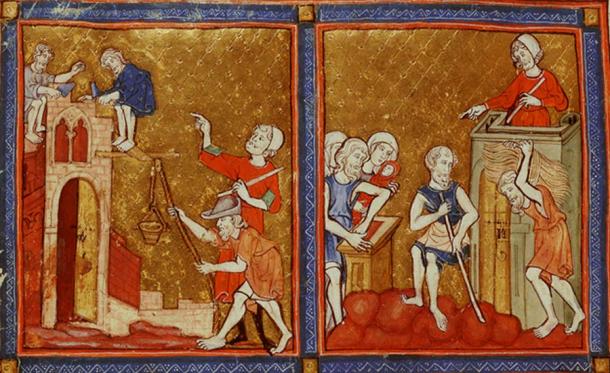 The enslaved Israelites building treasure cities for the Pharaoh. (British Library/ CC BY 4.0 )

Where Do You Start Looking For The Exodus?

Before moving forward with an analysis of whether the Exodus is real or just a fictional event, it is important to know about the existing perspectives. Biblical scholars, scientific researchers, and archaeologists present various indications of certain aspects pertaining to the Exodus from Egypt. Interestingly, the majority of them accept Exodus evidence in some form or another.

The foremost example of evidence for the Exodus story is the Merneptah Stele dating back to 1219 BC. It is basically an extra-biblical record for a group of people referred to as 'Israel.' The Merneptah Stele was created by Pharaoh Merneptah to commemorate his military victories. The stele describes the conquest of Ashkelon, capture of Gezer, wasting of Israel, and transition of Yeno'am to non-existence. At the same time, the stele also points out that the seed of Israel has not been wasted. 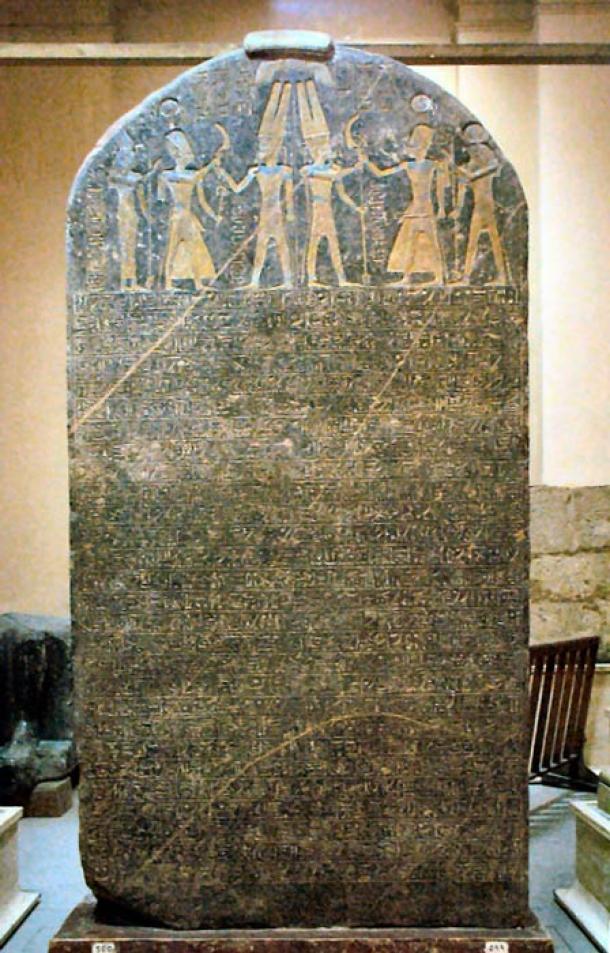 Merneptah Stele known as the Israel stela from the Egyptian Museum in Cairo. (Webscribe/ CC BY-SA 3.0 )

The stele provides the earliest textual evidence referring to Israel as a group of people. While Ashkelon, Yeno'am, and Gezer are represented with Egyptian hieroglyphs denoting a town, Israel is represented with a hieroglyph denoting people. This clearly shows that Jewish people, or possibly their ancestors, left Egypt as a group and had recognition.

It's About When It Happened 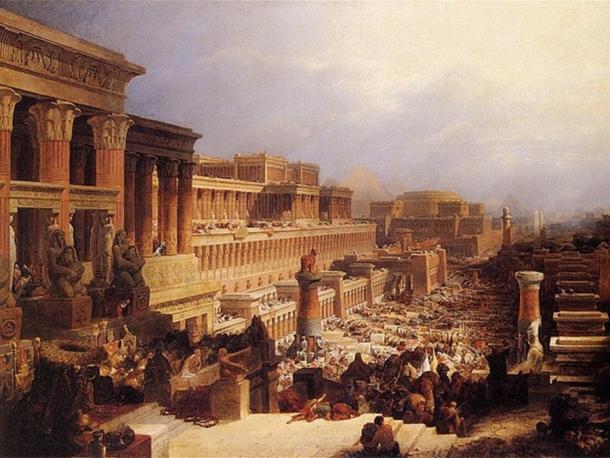 The article primarily focuses on the fact that the Exodus happened in the 13th century BC. The evidence referred to in the article points out the possibilities of the Exodus happening during the Ramesside Period. This was during the 19th Dynasty of Egypt. The credible factor, in this case, points out the evaluation of Egyptian texts, archaeological sites, and artifacts to derive desired outcomes. The Exodus evidence studied in the article also showcases that the Bible can accurately depict the events that happened in the 13th century BC.

Accurate Evidence For The Exodus

The names of places such as Ramses, Pithom, and Yam Suph relate to actual places in Egypt named Pi-Ramesses, Pi-Atum, and (Pa-) Tjuf. The interesting factor here is that the names of all these places appear together only in Egyptian texts belonging to the Ramesside Period. By the start of the Third Intermediate Period in Egypt, around 1085 BC, the name of Pi-Ramesses started disappearing.

The discovery of the workers’ house in western Thebes also serves as an important piece of Exodus evidence. Archaeologists from the University of Chicago dug up a mortuary temple in the 1930s. The mortuary temple was apparently created in the name of the last two pharaohs in the 18th Dynasty of Egypt, Aya, and Horemheb. Aya built the temple first in the 14th century BC.

When Horemheb ascended the throne, he usurped the temple. Horemheb ruled from the later part of the 14th century till the early part of the 13th century BC. Horemheb expanded the temple during his rule and replaced every mention of Aya's name with his own. However, Ramesses IV, who ruled in the 12th century BC,  ordered the Temple of Aya and Horemheb be demolished. So, what does this story about temples of pharaohs tell us about the Exodus?

As a matter of fact, another finding made during the excavations is the main reason for which the Temple of Aya and Horemheb becomes important Exodus evidence. The excavation led to the discovery of a house for workers who were tasked with demolishing the temple. The plan of the house actually becomes an interesting point of discussion in relation to Israelites and the Exodus.

The plan for the whole house resembled the typical four-room house design found in Israeli homes at the time of the Iron Age. However, it is reasonable to take certain differences into account before confirming that the workers were Israelites. While Israelite models were fabricated from stone, the workers’ house in western Thebes was made with daub and wattle. 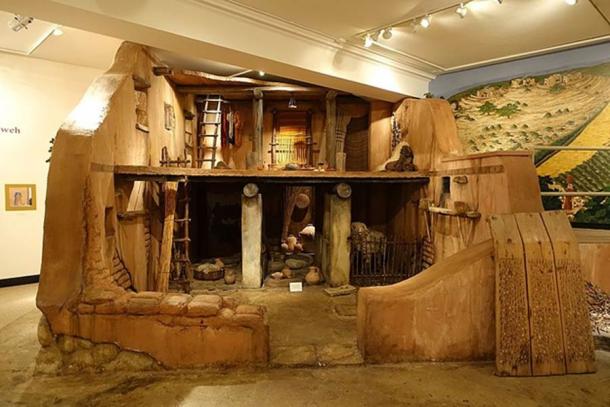 The only connecting link, in this case, is that Israelites were creating four-room houses in Canaan when this house was built. However, the existence of such a home in the 12th century BC showcases the possibilities of Exodus evidence in the Ramesside Period.

The understanding of the difference between myth and reality in the case of the Exodus also requires further evidence. The next crucial piece of evidence supporting the Exodus refers to the Onomasticon Amenope. It is basically a list of categorized words, written in hieratic, from the Third Intermediate Period in Egypt. The papyrus script features the Semitic place name b-r-k.t, which actually points to the Lakes of Pithom. The Semitic name for the Lakes of Pithom has been used in place of the original Egyptian name in the Egyptian sources also.

A Semitic-speaking population might have been living in the region for quite a long period, thereby suggesting Exodus evidence. The Biblical text itself provides a convincing piece of evidence regarding the Exodus, with truth concerning the history of enslavement.

According to expert insights, the storyline of the Exodus itself is a formidable proof of credibility. Generally, historical narratives of victory and glory are passed from one generation to another. However, propagating a history of being slaves definitely has better possibilities for featuring elements of truth.

It is clear that history and religious texts have many aspects that turn up as credible Exodus evidence. However, it is important to reflect on the evidence and the overall story of the Exodus from the perspective of reason. For example, the historical authenticity of the earliest biblical accounts might have something to do with memories of history.

A group of people experiencing things that are important for the group's existence would develop and maintain collective memories of the events across generations. Over the course of time, people could work on possibly augmenting, elaborating, and in some cases ritualizing the memories. Such actions are primarily meant to preserve the relevance of the collective memories. 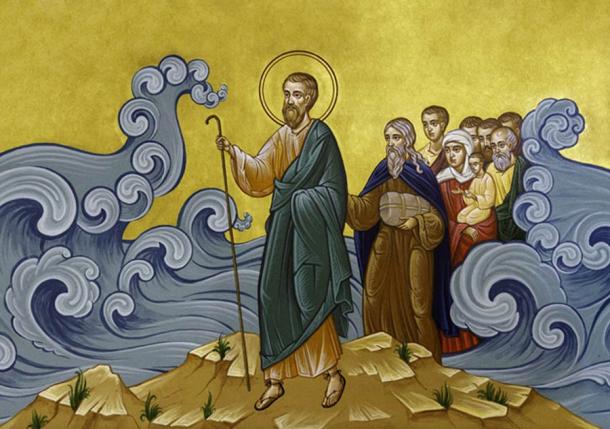 The Crossing of the Red Sea – Moses leading Israelites through the Sea of Reeds. The Greek Catholic church of Saint Elijah. ( Adam Ján Figeľ /Adobe Stock)

The different stories regarding Moses' life, starting from him being found in a basket in the Nile and his upbringing in the pharaoh's household, are intriguing. The story of Moses also features many outlandish elements, such as the ten plagues and him being buried by God after his death.

This is where one could alternatively look at Moses as a national leader or a diplomat with charisma. As a leader, Moses efficiently led the Israelites into battles and directed their judiciary. At the same time, he was also a prophet, thereby turning into somewhat of a priestly figure. So, all the hype around Moses might be an expression of the fact that Israelites trusted Moses to lead them through the tough period.

Moses was definitely a leader with the capability of convincing thousands of people to go on a very risky venture. However, there is limited evidence as to how he has been associated with miracles and the other unexplained events in the Exodus.

Did The Sea Really Divide In Two?

Among the many remarkable events in the Exodus evidence, the parting of the Red Sea or Reed Sea will always be a highlight. Many believers think that it is one of the most astounding miracles by God for saving a few chosen people. However, engineer Carl Drews points out the possibility of the parting of the Red Sea being a natural weather event. Drews published his research for his master’s thesis in atmospheric and ocean sciences at the University of Colorado to showcase the physical possibility of the parting of a body of water.

Although the Exodus evidence continues to be ambiguous, Carl Drews has utilized science to prove the possibility of the parting of the sea. Drews’ theory suggests that the parting of the Red Sea, as mentioned in the Exodus story, did not happen at the present day 'Red Sea' we all know. Drews places an argument that the original phrase meant the "Sea of Reeds," and it was located to the north of the Red Sea as we know it today and to the south of the Mediterranean Sea in the Eastern Nile Delta region.

Drews also draws inspiration from the work of James Hoffmeier, an archaeologist and Egyptologist, to draw a map for the possible appearance of the Eastern Nile Delta around the time of the 12th century BC. Drews’ evidence suggests that water piled up in the Lake of Tanis, withdrew, and opened a long land bridge measuring three to four kilometers (2.49 miles). Now, the evidence could provide proof of the miraculous event in the Exodus. However, it does not fall in line with the overall landscape of the Exodus story, especially conflicting with the placement of locations.

Was The Exodus Real?

However, researchers and scholars agree on the possibility of an event like the Exodus while also reflecting on evidence of geographical and physical causes to explain it. Years later, the story of the Promised Land and the hardships of Israelites still hold significance in the world.