Abu Bakr Muhammad Ibn Zakariya Al Razi is not a familiar name to most in the English-speaking world. But he was one of the most notable persons in the history of medicine. He was a renowned Persian alchemist, philosopher, and physician, and is particularly remembered today for all his contributions to the advancement of medicine.

After becoming a successful doctor, he served at the Ray and Baghdad hospitals. The ideas and medical works of Muhammad ibn Zakariya al-Razi were passed to, and adopted by medieval European practitioners, and significantly influenced the development of medicine in the West. 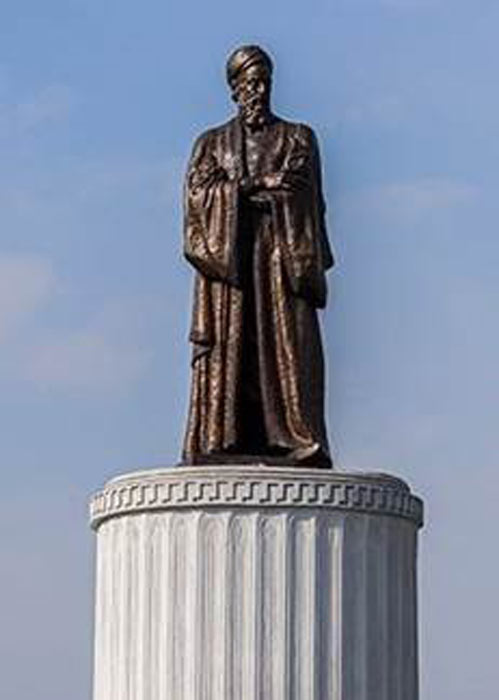 Muhammad ibn Zakariya al-Razi was believed to be born between 864 to 865 AD, although the exact date is not known. He was born into a Persian Muslim family in the City of Ray, located on the Great Silk Road .

When he was still a young man, he moved to Baghdad in order to study and practice in a local “bimaristan” (hospital). In Baghdad, he studied under the guidance of one of the disciples of Humayun ibn Ishaq, who was proficient in Indian, Greek, and Persian medicines. His studies included astronomy, philosophy, alchemy, and mathematics.

Later, al-Razi got an opportunity of visiting the well-known Muqtadari hospital, where he gained the practical experience that laid a solid foundation for his medical journey. At this time, he also started practicing as an alchemist, and soon gained a high reputation among the people. 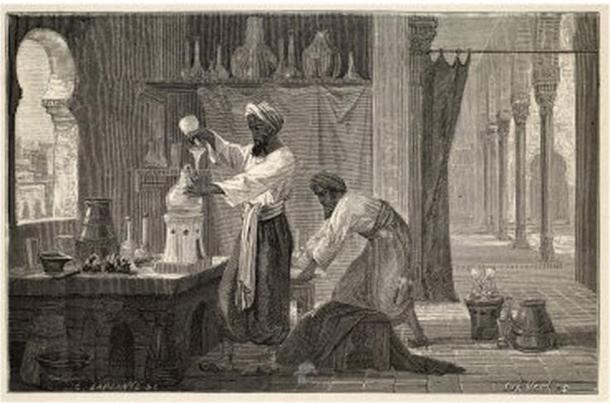 He became so popular that people from distant parts of Asia started coming to him. Later still, he was appointed as an administrator of a new hospital that was built in Ray.

Life as a Doctor

During the reign of Al-Muktafi, Abbasid caliph from 902 to 908 AD and son of the great military leader Al-Mutadid, Razi, was given the responsibility of building a new hospital. This hospital was to be the largest in the Abbasid Caliphate.

In order to select the location of the future hospital, Muhammad ibn Zakariya al-Razi adopted an evidence-based approach.  He hung fresh meat at various proposed sites for the hospital, eventually building it at the site where the meat took the longest to rot.

Muhammad ibn Zakariya al-Razi had earned a high reputation as a physician, and it kept him moving from court to court. He was unable to settle in one place due to his increasing demand in different distant cities. However, he spent his last years in his native city of Ray.

In later life he developed cataracts and became completely blind. Muhammad ibn Zakariya al-Razi died in 925 AC in Ray at the age of 60 years. Even after the death of al-Razi, his fame as a medical genius continued to spread and still lives on.

Life as a Teacher

Muhammad ibn Zakariya al-Razi was a great teacher during his time. His lectures attracted a lot of students from different regions. Al-Razi even received the honorary title of “sheikh” and was surrounded by a number of student circles which were ordered into a hierarchy. 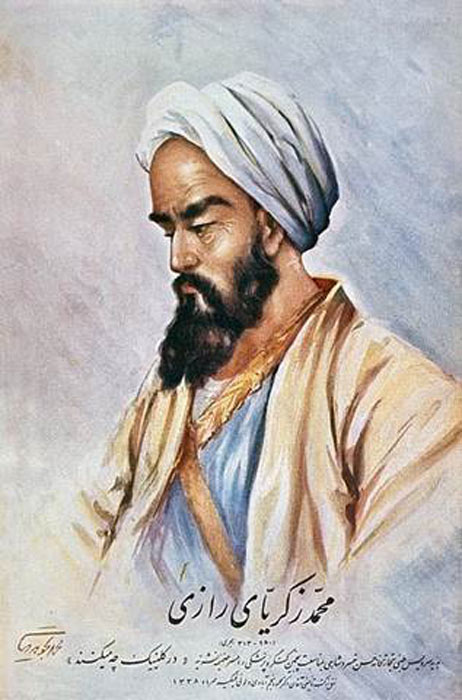 When someone had a question, it was initially passed to the students of the "first circle." When they failed to answer it, it was passed on to the "second circle" students and so on. When none of the students were able to answer the query, al-Razi himself considered the question.

While al-Razi was not well in his last years, one of his former students took responsibility for looking after him. However, he rewarded the student for his good intentions and asked him to return home, as he believed that he was approaching his end days.

The great Biruni, a scholar of Islam’s Golden Age who considered Muhammad ibn Zakariya al-Razi as his mentor, was the first to write a short biography of al-Razi. The biography included a number of noteworthy works of al-Razi.

The contributions of Muhammad ibn Zakariya al-Razi were not limited to medicine but expanded to many other fields. One such area was chemistry. He contributed to different areas in chemistry, such as alchemy, meteorology, and more.

His book on alchemy was named Kitab al-Asrarin and consisted of valuable information relating to the preparation of different chemical substances and their application. These books contained many practical and useful chemical applications, and was even translated into the Latin language in order to reach a wider audience. 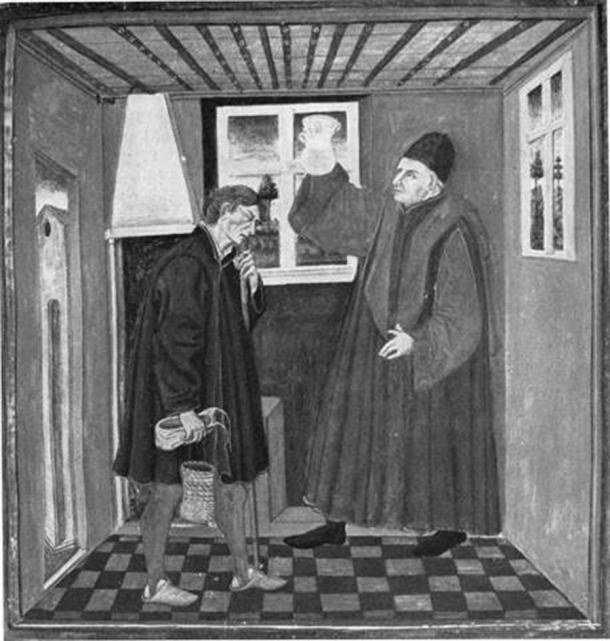 Razi was known to be a greater expert in comparison to all his predecessors. His descriptions of different apparatus and chemical experiments were clearly written, distinguishing his writings from those that came before.

Crucially, al-Razi rejected all the symbolic and occultist explanations of different natural phenomena. Instead, he chose to confine himself to the classification of different chemical substances as well as processes.

In physics, the writings of Muhammad ibn Zakariya al-Razi mainly deal with time, motion, matter, and space. According to him, before the world was created, the matter in the primitive state was made up of scattered atoms.

Mixed in different proportions with void articles, the atoms produced five elements, namely, air, water, earth, celestial element, and fire. He believed that fire was created by striking iron on a stone.

Although known to be inaccurate today, these books were more evidence-based than those of his contemporaries. They demonstrate al-Razi’s scientific, observation-based approach.

But it is for his contribution to medicine that Muhammad ibn Zakariya al-Razi is remembered today, and in this he was unparalleled. He was known as one of the first medical experts in the world. He was even considered as the father of psychotherapy and psychology.

Talking about smallpox, al-Razi wrote that when the blood is infected and boils, smallpox appears. The juvenile blood is converted into richer blood, thereby forming a natural wine color. At this stage, smallpox is seen as bubbles that are found in wine. In the first stage, the best thing one can do is to maintain distance from it, or else it can get converted into an epidemic.

The Encyclopædia Britannica acknowledged this diagnosis of Razi a thousand years later in 1911, and stated that it was one of the trustworthy statements about the disease. Razi even wrote a book named al-Judari wa al-Hasbah on measles and smallpox.

It was the first book that identified measles and smallpox as two distinct diseases. The book was translated a number of times into Latin and various other European languages. 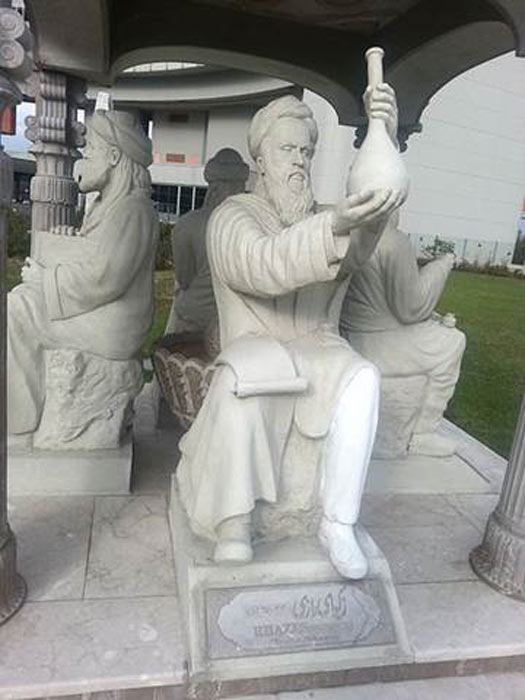 Muhammad ibn Zakariya al-Razi has also made meaningful contributions to pharmacy. He compiled a number of texts and introduced the use of "mercurial ointments," as well as his developments of different apparatus like flasks, mortals, phials, and spatulas. All these apparatuses were widely used in pharmacies during the early 20th century.

Perhaps the most surprising of Muhammad ibn Zakariya al-Razi'd contributions to medicine however was regarding the ethics of treatment. He introduced several progressive, practical, psychological, and medical ideas, and attacked a number of fake doctors and charlatans who roamed in the countryside and cities selling their cures and nostrums.

Not only that, but he was also concerned that even the highly qualified doctors could not find answers to different medical problems and were unable to cure several diseases or heal sicknesses. Al-Razi advised the medical practitioners to enhance their knowledge through continuous exposure to new information and study of different medical books.

In this way he hoped to ensure that the medical professionals were serious about their calling and more responsible towards their duty. He also made a clear distinction between incurable and curable diseases, recognizing that some ailments could not be treated, and in these cases the medical practitioners should not be blamed.

While talking about medical ethics, Muhammad ibn Zakariya al-Razi had written that the core aim of doctors is to do good to friends and even enemies equally. According to him, his profession did not allow him to harm anyone but to ensure the welfare and benefit of the human race.

With a wry touch of humor, al-Razi had noted that he felt pity for the medical professionals who were given the charge of taking care of the well-being of women, princes, and nobility. He felt so because these were the people who did not follow the orders of the doctors, making effective treatment challenging.

Muhammad ibn Zakariya al-Razi wrote a number of articles and books on medicine that are quite popular even today. Let's take a look at some of the notable books written by al-Razi. 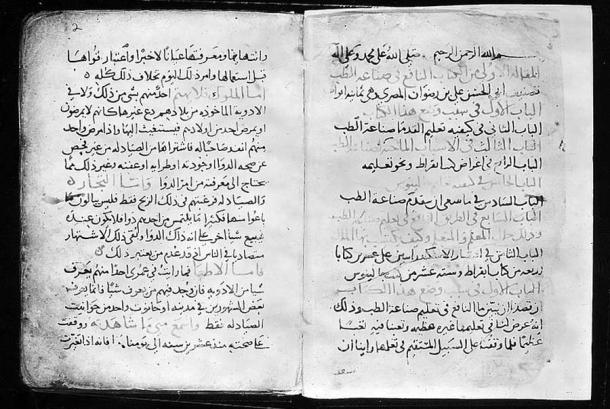 For One Who Has No Physician to Attend Him is one of the more famous books. He was known as the first Persian doctor who wrote a home medical manual for the general public. He dedicated this book to travelers, ordinary citizens, and poor people.

This book contained 36 chapters and would act as a guide for such people and enable them to treat illnesses even when they could not consult the doctors. The drug components and diet mentioned in the book could be easily found in the well-equipped kitchens, marketplaces, or military camps.

The book enabled people to follow the given instructions and accordingly prepare the recipes to effectively treat a wide variety of ailments. These included colds, headaches, melancholy, coughs, and diseases of the ear, stomach, and eye.

The Virtuous Life is another notable work of Muhammad ibn Zakariya al-Razi. It is a monumental medical encyclopedia that consists of nine volumes. This book contains a number of criticisms and considerations on Greek philosophers such as Plato and Aristotle.

It also expresses different innovative views on a number of subjects. Owing to the content of this book, many scholars considered Muhammad ibn Zakariya al-Razi the greatest medical doctor during the Middle Ages. 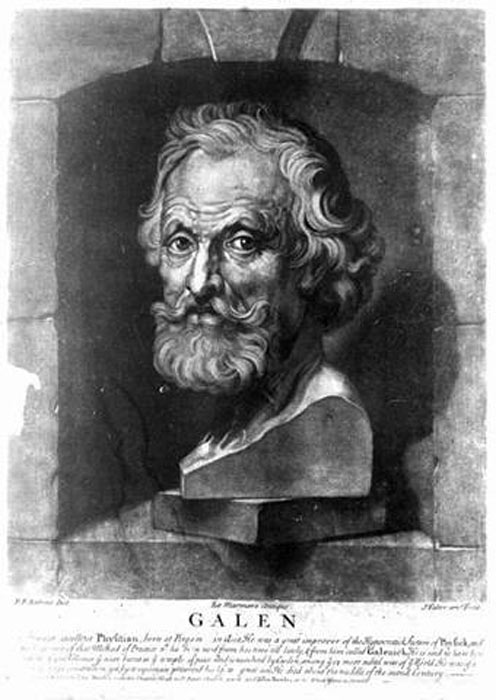 In Doubts About Galen al-Razi rejects a number of claims of Galen, a Greek physician, relating to the superiority of the Greek language and his various medical and cosmological views. He linked medicine with philosophy and stated that sound practice requires independent thinking.

According to al-Razi, the descriptions of Galen were not in agreement with the clinical observations made by him. In a number of cases, he even found out that his clinal experiments exceeded that of Galen's. Al-Razi even challenged the fundamentals of the current medical theory. This was quite controversial for the time, and many even accused him of arrogance and ignorance.

Finally, The Diseases of Children was the first monograph of al-Razi that dealt with pediatrics as an independent medicine field. Treating children in a different way to adults was a radical concept.

Al-Razi was a prolific writer through his long career and these books are just the highlights. Other notable books he wrote on medicine include The Classification of Diseases , The Book of Simple Medicine , The Experimentation of Medical Science and its Application , The Book of Disasters , Food and its Harmfulness , The Book of Surgical Instruments , Fruits Before and After Lunch , Snow and Medicine , and The Social Role of Doctors .

While many criticized al-Razi for his philosophical and religious views during his lifetime, he holds a rich legacy to date. The Razi institute in Karaj, as well as the Razi University in Kermanshah, were both named after Muhammad ibn Zakariya al-Razi. A "Razi Day," or popularly known as the "Pharmacy Day," is celebrated on the 27th of August in Iran in his memory. 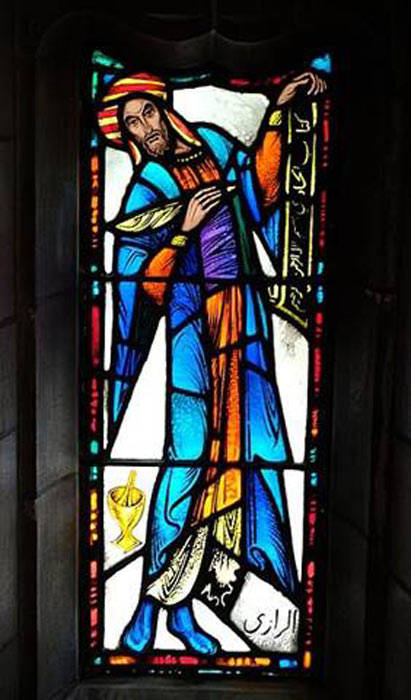 In June 2009, Iran was in the news for donating the "Scholars Pavilion" to the UN office in Vienna. The pavilion has statues of Abu Rayhan Biruni, l-Razi, Avicenna, and Omar Khayyam. While speaking about Muhammad ibn Zakariya al-Razi, the Belgian American chemist George Sarton regarded him as the "greatest physician of Islam and the Medieval Ages." Even today, he lives on in history as one of the greatest medical geniuses of all time.