Did giants ever really exist in the British Isles? Can legends of giants building Stonehenge really be true? Why does the establishment deny that giants of Great Britain ever existed? Here is a unique top ten of these gigantic discoveries presented by Hugh Newman and Jim Vieira. 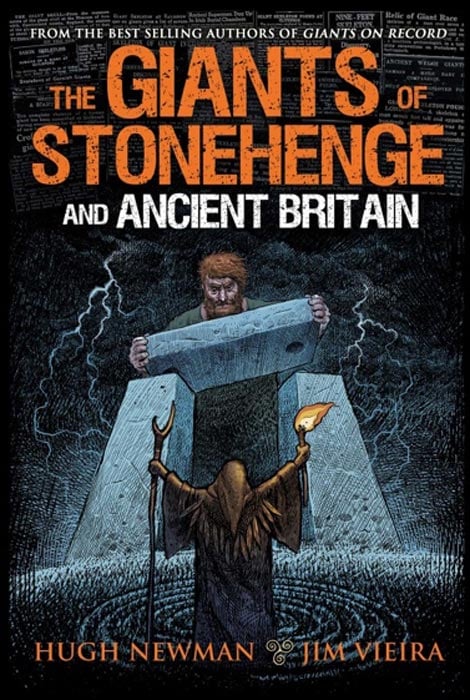 The Giants of Stonehenge and Ancient Britain by Hugh Newman and Jim Vieira. (Author provided)

Hunting for the Giants of Great Britain

Hugh Newman and Jim Vieira, bestselling authors of Giants On Record: America ’s Hidden History, Secrets in the Mounds and the Smithsonian Files  (2015), and stars of History Channel’s Search for the Lost Giants , investigate these claims in a new book called The Giants of Stonehenge and Ancient Britain . In their book, the authors take a deep dive into obscure newspaper accounts, antiquarian diaries, archaeological reports, local history records, newly-translated ancient texts, academic papers, new scientific reports and written evidence related to the giants of Great Britain from hundreds of sources going back over a 4000-year period to uncover the truth.

You can also hear from Hugh and Jim about the giants found in Creation Myths, THIS WEEKEND at the Ancient Origins ‘Narratives of Our Creation’ Conference. Tickets are still available here. 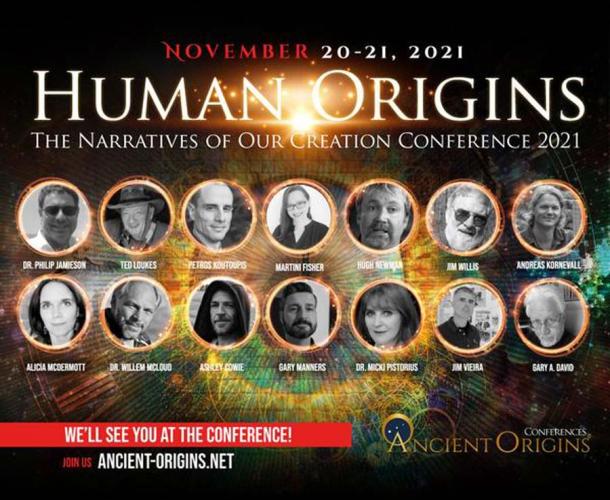 Over 250 accounts of the remains of giant human skeletons ranging from 7ft to 21ft (2.13m to 6.4m) have been found in the archaeological and historical record, often measured and commented on by famous scientists, scholars and writers at the time. 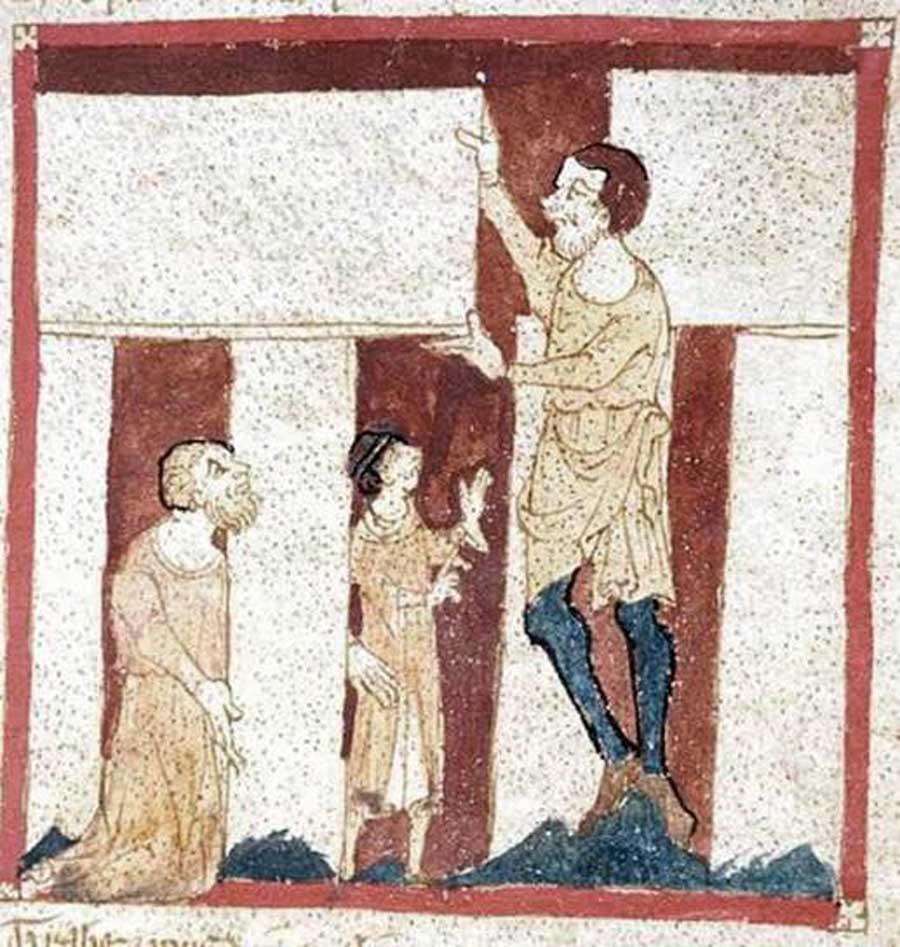 A wealth of folklore from England, Wales, Scotland and Ireland talk about sophisticated cultures of giants with supernatural powers and advanced technology who had control over thunder and lightning, as witnessed when their tombs were disturbed by later generations. They were often high kings and queens who were master geomancers, surveyors, architects and astronomers who ruled from their mountain-top fortresses. Whilst others were cannibals with violent tendencies who enjoyed throwing gigantic rocks across the landscape into geometrical configurations. 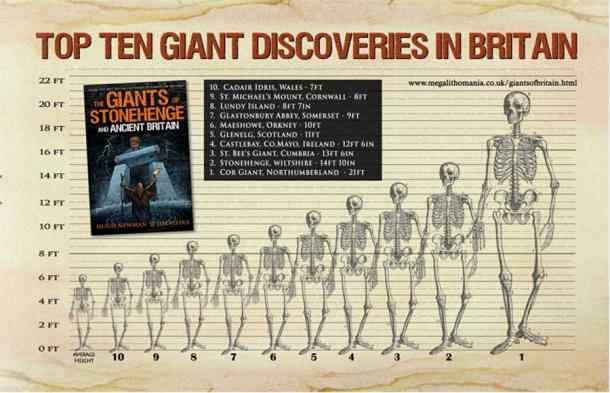 The authors take a close look at these age-old stories and remarkable skeletal discoveries of giants in Great Britain to reveal for the first time an important lost chapter of British history. In the following unique countdown chart, we look at some examples of giant skeletons that have been unearthed across ancient Britain. Our top ten begins its journey on an enigmatic mountain, said to be the domain of a giant king.

Two seven-foot-tall (2.13m) skeletons in a burial with hazel dowsing rods were unearthed at the base of Cadair Idris in Wales in 1685 by peat-diggers. The mountain is the mythical home of Idris Gawr (the Giant Idris), who was one of the three so-called “Holy Astronomers of Britain” and was also a renowned king who ruled in the 7th century.

Legend has it that he was so large that he could sit upon his mountain-top rock-chair and survey his kingdom and the heavens. The peak of Cadair Idris is shaped like a huge seat made of its three peaks and said to be imbued with magical powers. Those who sat in it either went mad or had revelations concerning the occult teachings of the giants.

Megalithic sites were attributed to Idris all over Wales, many with notable names and legends connected to geomancy, surveying, giant lore and astronomy. In Biblical tradition Idris is Enoch, and in the book we investigate if the patriarch of the Bible was connected with, or even the same as, the Giant Idris of Wales. 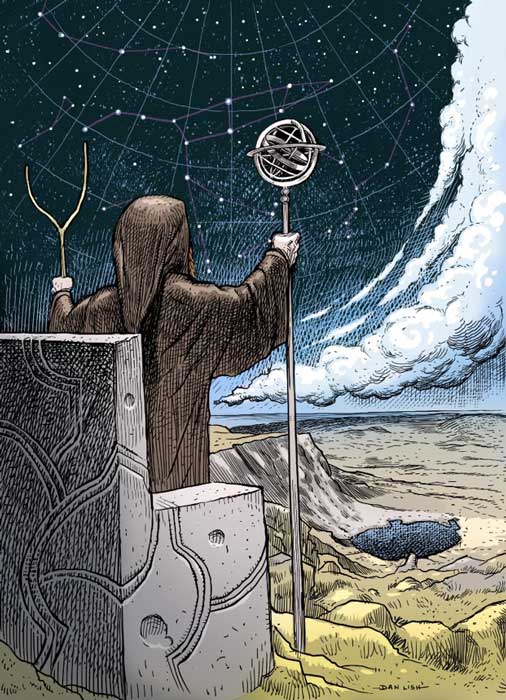 St. Michael’s Mount is one of the most prominent landmarks in England, located off the coast of Marazion in South Cornwall. It is a conical granite mountain with a monastery on top, surrounded by beautiful gardens. An eight-foot (2.43m) skeleton was discovered in the early 1800s on St Michael’s Mount inside a narrow dungeon cut in the solid rock which is now the crypt below the chapel.

Ancient myths talk of Cormoran the Giant who was killed by Jack-the-Giant-Killer. Cormoran was also reported to have had six fingers on each hand and six toes on each foot. He was also a Cyclops with one eye and battled white magicians for power and land, both losing and gaining wealth in the process.

In 1856 two skeletons were discovered on the south part of Lundy Island, one was 8ft 5in, and the other was 8ft 7in (2.56m). They were buried in stone-lined graves with several other average sized skeletons. Lundy has been mentioned in historical literature for millennia and the Romans were told the inhabitants were, “a specially holy race of men...who refused trade and had visions of the future.”

In old legends, rock-wielding giants who were masters of sorcery were said to be buried there. These giants of Great Britain “...were driven there from bases in Cornwall and … angrily hurled rocks back to the mainland.” Lundy is also one point on the great Lunation Triangle connecting it with Stonehenge and the Preseli Bluestone quarry in South Wales.

In the year 1191, the monks of Glastonbury Abbey announced a major discovery claiming the skeleton of King Arthur had been found. Witnesses claimed it was nine feet tall (2.7m), and next to it was a female skeleton with a plait of blond hair, said to be Guinevere. A lead cross with latin inscriptions said it was the tomb of King Arthur.

Giraldus Cambrensis, a respected historian personally examined the bones and the grave about four years after the discovery and pronounced it a genuine find. In 1278, in the presence of King Edward l and Queen Eleanor, the remains were transferred into a marble sarcophagus with much pomp and ceremony and placed inside the Abbey. Other sources as far back as 1193 confirmed this was a skeleton of gigantic proportions. Nearby, in a prehistoric lake-village 7ft-long (2.1m) longbows made of Yew were discovered. 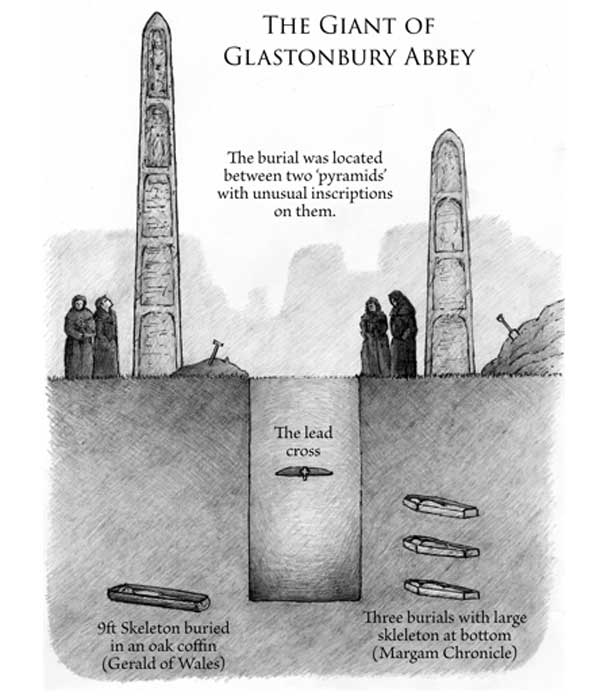 Maeshowe is a major megalithic tomb on mainland Orkney, Scotland, dating to 2800 BC. It is part of a megalithic complex including the Ring of Brodgar, the Stones of Stenness and the Ness of Brodgar. In 1861 antiquarian James Farrer excavated the site and reported that a ten-foot-tall (3m) skeleton and two mummies were found inside. Jo Ben’s Descripto Insuluarum Orchadiarum (Descriptions of Orkney) reported in 1529 that a 14-foot (14.26m) skeleton was also unearthed in the area, although this could be the same find. 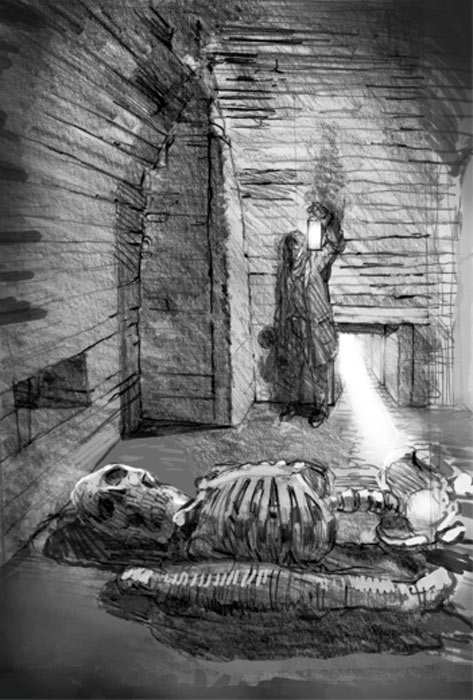 At the 2000-year-old Dun Telve Broch in Glenelg, Scotland, two remarkable skeletons were discovered. One was approximately 8 1/2 feet (2.6m) and the other almost 11-feet-tall (3.35m), they were described as strong-boned and well proportioned. The jaw bone was so large that the tallest man at the dig easily placed it over his own jaw with space to spare.

But, “all of a sudden there came on thunder and lightning, wind and deluging rain, the like of which no man ever heard or saw.” Clearly, the excavators upset the giant spirits who provided them with a “Sowers of Thunder” experience they would never forget. This is one of many stone towers found in Scotland, and the local area was known as the Field of the Big Men. 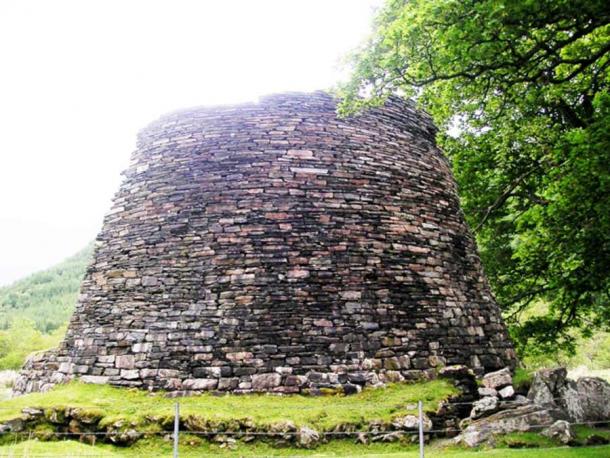 The famous Saint Patrick may have been the first ever archaeologist, according Glyn Daniel, Professor of Archaeology at Cambridge University. Whilst digging up ancient graves, Saint Patrick discovered an over twelve-foot-long (3.65m) skeleton of an ancient warrior in a long barrow in Ireland.

Also in the tomb was a huge axe and gigantic sword. Saint Patrick quickly dispersed the bones and ancient weaponry. After trying to save the soul of the Pagan giant by baptizing his skeleton, he apparently sent him to heaven! 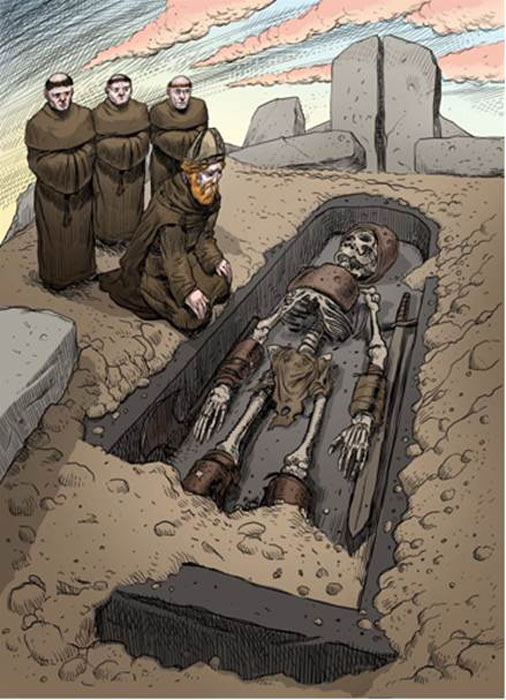 In the early 1800s, Hugh Hodson of Thorneway, in Cumberland, dug up a nearly fourteen-foot-tall (4.26m) giant in corn fields in St Bee’s, Cumbria. The skeleton still had full armor, a huge sword and an axe measuring over “two yards long.” Hodson claimed that “his teeth were 6 inches long [15 cm], and 2 inches [5cm] broad; his forehead was more than two spans and a half broad. His chine bone could contain 3 pecks of oatmeal.” The gigantic finds were distributed between the local villagers, never to be seen again. 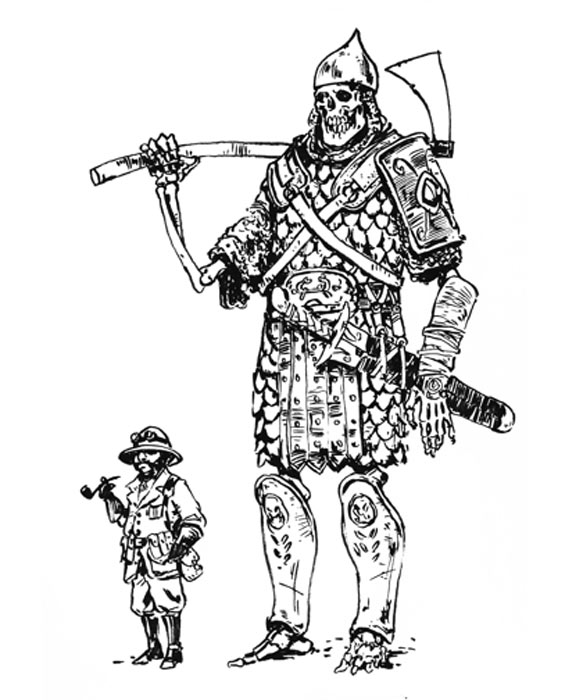 In the early 1500s, Sir Thomas Elyot, author, diplomat and scholar, reported on a 14ft 10in (4.52cm) skeleton found a few miles south of Stonehenge. Also in the huge oak coffin was an ancient book with mysterious inscriptions on it. It was also written about by William Camden and John Leland, both respected voices at the time. Nearby a large lead and tin “table” was also found with more unusual inscriptions.

In 1719, a 9ft 4in (2.84cm) skeleton was found in a mound nearby. The earliest recorded name of Stonehenge is “the Giant’s Dance,” and in legend the stone circle was said to have been built by a tribe known as the Cangick Giants. Since 1447, a giant effigy has been paraded around Salisbury until recent times. It was known as St. Christopher, who was a Canaanite giant from the Bible Lands! He is currently on display at Salisbury Museum. 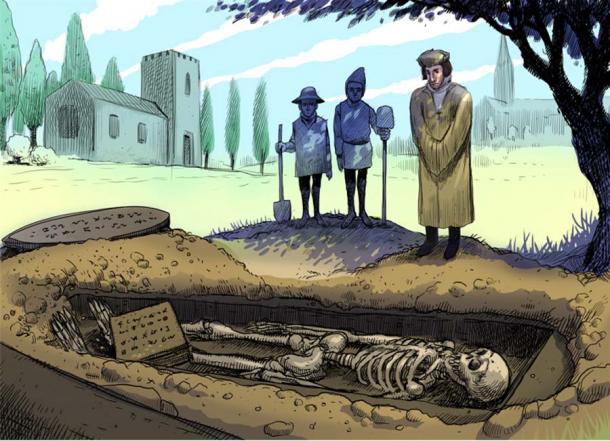 Thomas Elyot observing the giant skeleton, which was found with an ancient book with unusual script on it. A large, inscribed metal disc was found nearby. Illustration by Dan Lish. (Author provided)

In 1660, the remains of a stunning skeleton was unearthed at Corbridge, Northumberland, near a section of Hadrian’s Wall . It was said to measure 21 feet long (6.4m). In the early 1800s another skull was found nearby of “immense size” and in perfect condition.

The rib of the giant was on display for a long time in the kitchen of the Old George Inn in Newcastle, and ended up in Keswick Museum in Cumbria where other colossal skulls and bones were kept in a special collection called the cabinet of curiosities. 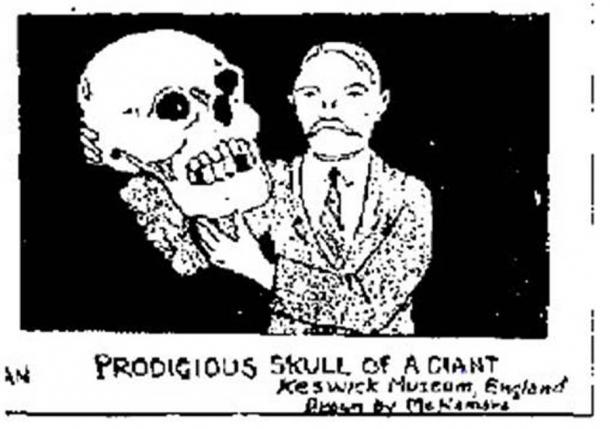 Giant skull from Keswick Museum that could be the Cor Giant's cranium. (Author provided)

The idea of giants having some form of historical reality has largely been regarded as anti-scientific, mythological, naïve or even worse. However, the same can be said for ideas about an ancient cataclysm which now have been scientifically verified in the Younger Dryas boundary event.

Sites such as Göbekli Tepe and Karahan Tepe, as well as massive new discoveries in the same area of southern Turkey are proving civilization is much older and more sophisticated than previously imagined. The point is that science should give more weight to mythology, folklore and oral tradition.

Of course, this has to be married to the scientific proof that is needed to validate a hypothesis. We may be entering a time where the subject of giants may become less of a mocked and dismissed idea and more of an accepted reality. After all, the late Pleistocene was a time of megafauna and megaflora, and according to ancient traditions, mega-sized humans. 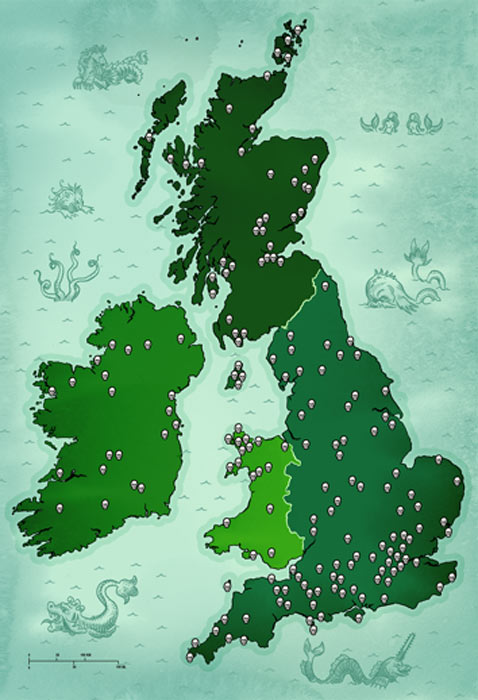 Top image: Cropped section of the cover of The Giants of Stonehenge and Ancient Britain by Hugh Newman and Jim Vieira. Source: Author provided.

Hugh Newman is the author of Earth Grids (2008), Stone Circles (2017) and co-author of Giants On Record: America ’s Hidden History, Secrets in the Mounds and the Smithsonian Files (2015), Megalith: Studies In Stone (2018) and Geomancy (2021). He is a world explorer, conference organizer and tour host and has appeared on Ancient Aliens (History) and other TV shows. He lives next to Stonehenge in Wiltshire, UK.

Jim Vieira is a stonemason, writer and metaphysical researcher who co-authored Giants On Record with Hugh. He was the star of Search for the Lost Giants (2014) with Hugh and his brother Bill, and has been a guest on numerous TV shows. Vieira has co-authored The Giants of Stonehenge and Ancient Britain (2021) with Hugh Newman. In 2012 he created the online news blog The Daily Giant that showcased a giant report every day for nearly two years, and controversially had his TEDx talk removed from the Internet (much like Graham Hancock and Rupert Sheldrake). He lives in Ashfield, Mass, US.